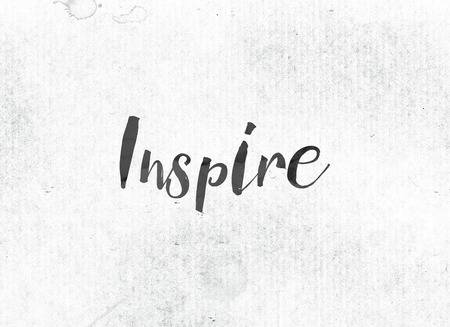 By: Madrasah Ta’leemuddeen, where my Beloved Father (rahimahullah) taught for thirty yearas.

On the 10th of Shawwal 1441 (3rd June 2020), when the news of the tragic demise of Hazrat Moulana Haroon Abasoomar Saheb (rahimahullah) spread throughout the country and the world, it seemed as if a huge floodlight was suddenly switched off and countless people were left in grief. Like other great ‘Ulama and Mashayikh who have passed on, Hazrat Moulana’s (rahimahullah) demise also has left a void in the world in general, and for us in particular at our Madrasah (Ta’leemuddeen), that can never be filled. May Allah Ta‘ala make his complete maghfirah, elevate his stages in the Aakhirah and bless his family, students, friends and associates with sabr-e-jamil.

Some concise and comprehensive biographies about Hazrat Moulana’s (rahimahullah) life and exemplary qualities have already been published, and many more will surely follow. Several teachers of the Madrasah penned short articles giving a glimpse of some aspects of his life and excellent qualities, especially a peek of the spectacle of the lessons of Bukhari Sharif which Hazrat Moulana (rahimahullah) taught at the Madrasah for 25 years. Below is a condensed version of the various articles.

Shaykhul Hadith Hazrat Moulana Haroon Abasoomar Saheb (rahimahullah) was Ustadul ‘Ulama, Imam, Khatib, Shaykh-e-Tariqah, a compassionate teacher and a dynamic personality who possessed many unique qualities. He was a reflection of the life of his beloved Ustad and Shaykh, Hazrat ‘Allamah Muhammad Yusuf Binnori Saheb (rahimahullah).

Although he rendered great services in every field of Deeni effort, his great expertise and depth of knowledge truly shone while teaching Bukhari Sharif. He was indeed befitting of the title of Shaykhul Hadith. Hazrat Moulana Yunus Jonpuri (rahimahullah), who was among the greatest Muhaddithun that the world has seen in the last century, would also fondly call him by the title of Shaykhul Hadith.

His lessons were unique. Despite teaching for many years, he would thoroughly prepare every lesson. He would passionately teach Bukhari Sharif in a very comprehensive, systematic and complete manner, which would give the students a glimpse of the lessons of the great scholars of Hadith, such as his esteemed Ustad, ‘Allamah Binnori (rahimahullah). His delivery had an uninterrupted flow. There was hardly an occasion during the lesson when he would need to pause and think before presenting the next point. Some students would light heartily say: “It seems as if Hazrat Moulana takes a deep breath before entering the class and it lasts for the duration of the entire lesson.”

His lesson would be a constant flow of knowledge which included the discussion of the conditions of narrators, meanings of words as well as the various opinions and explanations of the Muhaddithun, often interspersed with some anecdote, advice or some personal experience of his. His fluency in Arabic and his knowledge on Islamic history and the lives of our Akabir added a unique flavour to his lessons. Whilst teaching, he would passionately quote ‘Allamah Anwar Shah Kashmiri (rahimahullah) and Hazrat Shaykh Moulana Zakariyya (rahimahullah). Perhaps not a day would pass wherein the views and opinions of these Akabir were not mentioned in his lesson. In particular, the words “Allamah Binnori ne farmaya” (Allamah Binnori had said) would be heard many times as he repeatedly quoted his beloved Ustad.

Allah Ta‘ala had blessed him with a phenomenal memory. Despite his age and illness, till the end, Hazrat Moulana (rahimahullah) never brought his own kitab or notebook to the class. Instead, he used a kitab of the Madrasah that was permanently in the class and free of any personal notes. Only occasionally would he bring some small notes. Entirely from memory he would quote multiple views of the various Muhaddithun without pausing to recall any point.

He was passionate about teaching Bukhari Sharif and fulfilled the rights of the lessons. Every student will remember the etiquette of Hadith that Hazrat Moulana (rahimahullah) would teach in the beginning of the year. For many years, after teaching Bukhari Sharif at our Madrasah in the morning, Hazrat Moulana (rahimahullah) would travel to Madrasah In‘aamiyyah, Camperdown, where he would deliver lessons of Bukhari Sharif (and other books of Hadith), and return to lead the Zuhr Salah at Isipingo Beach Jaami’ Masjid. He even taught Bukhari Sharif in America. The day before he passed away, he was preparing to leave for the Madrasah to commence with his first lesson of Bukhari Sharif for this year. However, in the course of getting ready, he took ill, was admitted to hospital the next morning and subsequently passed away that very night.

Despite his profound knowledge and lofty status, Hazrat Moulana (rahimahullah) was always very humble. At the beginning of the year, when commencing Bukhari Sharif, he would quote the following two Hadith:

“When matters are handed over to those who are unworthy, then wait for the final hour.”

“Verily Allah Ta‘ala assists this Din, even with a sinful person.”

He would then say to his students, “I am not worthy to teach such a great book. When a book like Bukhari Sharif has been given to an unworthy person like myself to teach, then indeed this is a sign of Qiyamah.” This was his great humility, whereas he was truly worthy of teaching Bukhari Sharif. He would often say that whatever I have, is on account of the du‘as of my Asatidhah.

Hazrat Moulana (rahimahullah) had great love for his students, enjoyed a very personal relationship with many of them, and would encourage them to regularly keep contact with him. When his students met him, he would fondly ask about the welfare of their children and their parents and always conveyed salams to them. He would also reply to every message and would in fact often call back.

After his demise, it surfaced that many students felt that they enjoyed a very close relationship with Hazrat Moulana (rahimahullah), not knowing that others also enjoyed a similar or even stronger relationship. This was one of the Sunnahs of Rasulullah (sallallahu ‘alayhi wa sallam) that he made every person feel special.

Hazrat Moulana (rahimahullah) lived a life of simplicity. Simplicity was evident in all aspects, whether his dressing, his car or his home. Once during the lesson, Hazrat Moulana (rahimahullah) asked the students whether they are normally concerned about having a smart and elegant kurta for the Day of ‘Eid. Moulana then explained that his personal preference, though others may differ, is that he would not make an effort to sew or purchase a new kurta for the Day of ‘Eid. This was quite visible on the Day of ‘Eid, when Moulana would be seen dressed in his normal white kurta and pants.

Hazrat Moulana’s (rahimahullah) concern for consoling the bereaved and uplifting the spirits of the sick was proverbial. There was hardly a sick person in the community, and often even in distant places, whom Moulana heard of and did not visit. It was his habit to take a few musallis with him when he visited a sick person. When the people of the house would ask who has come to visit, he would humbly say that a musalli from the Masjid has come. Wherever and whenever he got a chance, he would visit the sick and quote the Hadith on the virtues of visiting the sick. Even after his dialysis, he would visit all the Muslim male patients in the hospital whilst being pushed in a wheelchair. His words of encouragement had such an impact that it would bring great relief to the sick person.

On one occasion when some students were leaving for ‘Umrah, Hazrat Moulana (rahimahullah) advised them to also make the intention of visiting the sick in Makkah Mukarramah and Madinah Munawwarah. He explained that in this way the angels will constantly be making du‘a for them throughout their journey to the mubarak lands.

Engrossment in Khidmah of Din

Hazrat Moulana (rahimahullah) dedicated his entire life for the service of Din. Rarely an ‘Alim will be found engaged in so many different khidmah of Din at one and the same time.

He served as the Imam of Isipingo Beach Jaami Masjid for 43 years, (30 years of which he was the only imam). He would also personally supervise and teach at the maktab. Many families were privileged to have three generations who were taught by Hazrat Moulana (rahimahullah).

Hazrat Moulana (rahimahullah) was also actively involved in Jamiatul Ulama, KZN for several years and also served in the capacity of the Secretary and Ameer.

Hazrat Moulana (rahimahullah) was very passionate about the effort of Dawah and Tabligh and would often deliver lectures in the shabb guzaris as well as the ijtimas. He would strongly encourage the students to go out in jamat for one year. Before leaving, he would make a point of giving them advice and would even regularly contact them when they were out in the path of Allah Ta‘ala.

He was also a khalifah of ‘Aarif Billah Hazrat Moulana Hakeem Muhammad Akhtar Saheb (rahimahullah) and would conduct weekly majalis for the students and others at the Isipingo Beach Jaami’ Masjid.

In emulating his esteemed Ustad, ‘Allamah Binnory (rahimahullah), nahi ‘anil munkar (prohibiting the wrong) was yet another outstanding quality in the life of Hazrat Moulana (rahimahullah). He would not hesitate in correcting his students if he saw something wrong. When he visited their homes, if he was not happy about how their children were dressed, he would express it. Likewise, if he saw any student with long stylish hair, etc. he would make a point of correcting him.

Hazrat Moulana (rahimahullah) would keep a tasbih counter on his finger and would always be engaged in the dhikr of Allah Ta‘ala. He loved speaking about the greatness of Allah Ta‘ala. Sometimes he would go with a few musallis to the beach and, whilst sitting in front of the ocean, he would quote the Hadiths and verses regarding the ocean, the skies, the ships, the birds, the waves, etc. and continuously recite takbir, tahmid, and tasbih as he sat watching the ocean.

He was very particular about reciting Tasbih-e-Fatimi after the Fard Salah. If he saw any of his students standing up after the Fajr and ‘Asr Salahs without having recited the tasbih, he would admonish them saying, “If we are not going to set an example and make our tasbihat after the Fard Salah, how will others take a lesson?”

Hazrat Moulana’s (rahimahullah) demise is indeed a great loss for the Madrasah and for the entire Ummah. Inna lillahi wa inna ilayhi raji‘un. May Allah Ta‘ala grant Hazrat Moulana the highest stages in Jannatul Firdaus and grant us all the ability of following in his noble footsteps, amin.