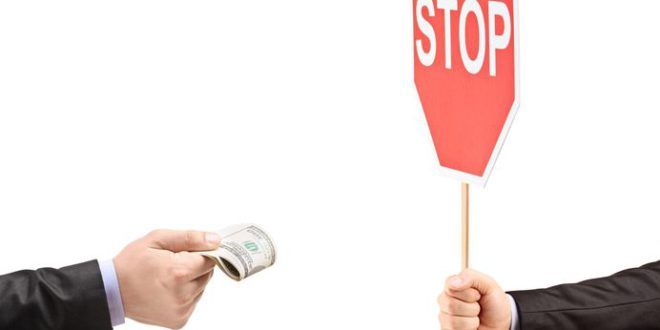 Sell not Your Religion!

ALL POSTS, Blog Articles, Contemporary Wrongs, From the Pen of Shaykh 'Awwamah

Among the most compelling contemporary challenges, are the alarmingly increasing temptations to compromise on one’s basic beliefs.

When a person loses focus of what is important in his/her life, then to sell off the most valuable asset becomes easy. In so doing, he/she is the biggest loser.

In a Hadith of Sahih Muslim, Rasulullah (sallallahu’alayhi wasallam) warned the ummah of a time when people would put their worldly aspirations ahead of their religious obligations.

This Hadith is actually a diagnosis of the current state of the world. This epidemic has engulfed all facets of society, the leaned and the layman.

When a man’s priority is his worldly assets, then to compromise on his religion is not considered serious anymore! The increasing number of such opportunities is scary.

For this reason, we find it has become so easy for people to say (or do) the wrong just to satisfy certain individuals, or merely to attain particular positions/possessions etc. We may not realise it, but this is actually a form of ‘selling one’s religion’.

These are people who were actually given a subtle choice; either stick to your religious practice and be deprived of the worldly gain that’s on offer, or vice-versa. Those who choose wisely will not regret their decision.

One should be scared at the thought of being in such a situation, for very few in these days will pass the test! May Allah Subhanahu wa Ta’ala save me and all from such trials. Amin.

Allah Ta’ala says regarding those who chose unwisely:

‘Those are the ones who have purchased misguidance in exchange of guidance. Their trade was not profitable, and neither were they guided.

Their example is like that of a person who lights a fire. When it brightens his surroundings, Allah removes their light and leaves them in darkness, unable to see.’

A Lesson from History

There are countless inspirational anecdotes on the subject, of which I chose to quote the following only:

Imam ‘Affan ibn Muslim As-Saffar (rahimahullah) was a reliable Muhaddith (Hadith Master) but he possessed little of this world.

His condition was so dire, that he once had to ask his associate; Imam ‘Amr Al-Fallas (rahimahullah) for some food as he had nothing to feed his household; who numbered close to forty!

When this illustrious Imam was asked to support the innovated view of the then leader regarding the Holy Quran, he refused. He was threatened that his monthly pension from the public treasury –which was a hundred silver coins-, would be withheld.

He responded by reciting the verse:

When he returned home, his family (who were nearly 40 in number) reproached him for this.

A few moments later, he heard a knock on the door. It was a person who seemed to be a hard labourer that had come to hand him a bag of one hundred silver coins saying:

‘O Abu ‘Uthman! May Allah preserve you like you preserved the din (religion).

I will be giving this to you every month.’

Those who value their religion are actually valued by their creator.

Who forsakes his religion in any way, may be forsaken by his Creator when he needs Him the most…

History is filled with proofs for both of the above.

We ask Allah Ta’ala to save us from such trials, but in the event that they cannot be avoided, may He inspire us with the strength to withstand the temptations of this world, especially when it results in serious damage to our din.