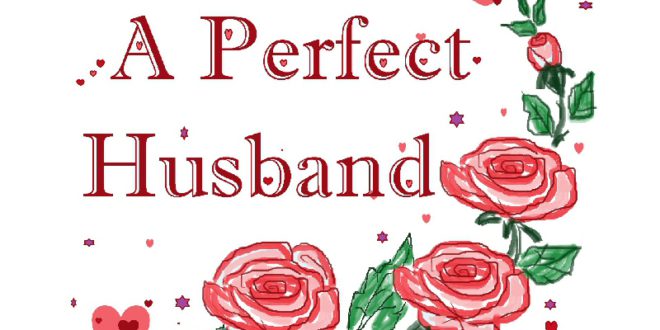 The Best of You…

One of the great expositions of Almighty Allah’s divinity is the creation of the spouse. The system of procreation is in itself unique as well as divine. Mind boggling is the fact that the entire human race has been extracted from a single couple; Nabi Adam (‘alayhis salam) and Sayyidah Hawwa (radiyallahu ‘anha).

Some relationships can only be nurtured with love. Other relationships need added compassion or loyalty. Encapsulating all of the above, Allah Ta’ala says: “And of the signs of His (supremacy) is that He has created for you spouses from your own kind, so that you may attain tranquility there from. He has also created between you (the spouses) love and compassion. Indeed in these are signs for those who ponder.”

What is our Title?

Once, upon learning of some husbands abusing their wives, Nabi (sallallahu’alayhi wasallam) said: “The best of you is he who is the best towards his wife.”

In one narration Rasulullah (sallallahu ’alayhi wasallam) said: “Those (who abuse their wives) are not the best of you.”

He (sallallahu’alayhi wasallam) even said: “I am the best among you towards my wives.”

The question is: Which of the two contrasting titles do we deserve?!

A Role Model even inside the Home

Just as our beloved Prophet (sallallahu ’alayhi wasallam) was a role model for outside the home, so too was he a model within the home. The extent of his flexibility with his beloved wives actually sets the tone for compassion and understanding in every marriage!

Love, like every other thing, is despised only when applied in the incorrect manner. But if it is articulated in the proper way, one is actually rewarded for it.

Rasulullah (sallallahu’alayhi wasallam) being the paragon that he is, even raced with his beloved wife, Sayyidatuna ‘Aaishah (radiyallahu ‘anhu). She says: “He did so on two occasions, once allowing me to outrun him.”

Despite his unimaginable burden of Prophet-hood and Leadership, “Whenever Rasulullah (sallallahu’alayhi wasallam) would be at home, he would always have a smile on his blessed face.” (Tabaqat Ibn Sa’d) He would assist in the daily chores. (Sahih Bukhari, Hadith: 676).

How often do we do so?

She further elaborates: “He (would express his love by even) drinking from the same side of the cup as I did. He would even lie in my lap and recite Quran”. (Sahih Muslim, Hadith: 690-691)

Did such acts of love ever cross our minds?!

In a narration of Sahih Muslim, Rasulullah (sallallahu’alayhi wasallam) is described as being ‘soft and willing to comply with his wife’s wishes.’

The exhortation of Rasulullah (sallallahu ’alayhi wasallam) towards considering the rights of the wife are so many that practically every book of hadith has a complete chapter dedicated to this topic. In fact, Imam Nasai (rahimahumallah) and others have compiled separate books on this. Perhaps the magnitude of importance that Rasulullah (sallallahu ’alayhi wasallam) attached to this could be understood from the fact that he distinctively reminded the ummat of it during his final sermon. His words were: “Behold! Treat your wives kindly, for they are only with you to fulfil your needs…if they are obedient to you, then do not search for reasons to ill-treat them. Behold! Like you have rights over your wives, so do they upon you. Their rights are: that you are kind towards them as well as feed and clothe them. (Sunan Tirmidhi, Hadith: 1163)

Ignorance of these sublime sunnats and failure to adopt them have led to the alarming rise in marital breakdown!

The code of conduct for a Muslim husband is quite clear; He never resorts to physical or even verbal abuse.

Unfortunate are those who fail in this regard. It is they who are not “the best of you.”!