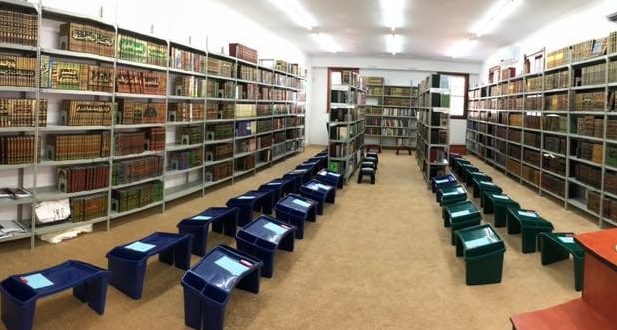 An interesting incident on Bukhari recitals

The following is extracted from a book written by Hazrat Moulana Yusuf Motala saheb (hafizahullah) of UK. entitled: Hazrat Shaykhul Hadith and I, pg.30.

Hazrat Shaykh, [Moulana Muhammad Zakariyya Kandehawi -rahimahullah-] spent the Ramadan of 1393 A.H [October 1973] in the Holy lands. since I had to perform Haj with my wife and aunt, I could not present myself for Shaykh’s service in that Ramadan.

The Arab/Israel war took place in that Ramadan. In one of Shaykh’s letters addressed to me, he talked about the war as follows:

‘The news about this war has disturbed me a lot. This humble being was constantly listening to the news while in i’tikaf. Moulana Yusuf Binnory and Moulana Asad Madni’s places of seclusion were on my left and right side. At night they both would relay the day’s events to me in detail.

Moulana Binnory showing concern said: ‘I have been thinking of completing the recitation of Bukhari Sharif.’

I said: ‘How can we possibly gather enough people in i’tikaf (to make the ceremony worthwhile)?’

He replied: ‘Over 200 ‘Ulama are acquainted with you.’

So, the completion of Bukhari took place and by the Bounty of Allah after Zuhr Salah it was completed within two hours. Moulana Binnory congratulated me tremendously as this was the same day within which the war ceased.’

It was the habit of the ‘Ulama through the centuries to complete a recitation of the entire Bukhari Sharif when an anxiety befalls. Experience has proven that through this, anxiety is removed and supplications are accepted due to the auspiciousness of this kitab. See a full article on this here.

My Respected Father, Moulana Haroon Abasoomar (hafizahullah) -in light of the current global plight of the Ummah- has began to passionately emphasis this and encourages ‘Ulama who are capable enough to take up this initiative and revive this method of attracting Allah Ta’ala’s mercy upon the Ummah at large.