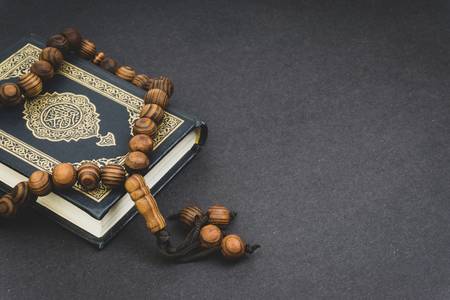 When faced with the tragedy of the death of any near or dear one, we are encouraged to engage in isal thawab; i.e, to dedicate the reward for nafl (optional) deeds to the deceased. Hereunder is a list of some suggested deeds for Isal thawab, that have been mentioned in the Hadith.

This is not an exclusive list, but indeed a recommended one.

This could mean that Surah Yasin be recited near one who is in the throes of death and even upon those who are already decease.

It was the habit of the Ansar of Madinah to recite Surah Baqarah when they carried any Janazah.

One could even sponsor a student of the Quran and dedicate its reward for someone.

Sayyiduna Abu Hurayrah (radiyallahu ‘anhu) reports that Rasulullah (sallallahu ‘alayhi wasallam) said: ‘Indeed when an individual’s ranks are elevated in paradise, he enquires from Allah: ‘O, my Lord, how did I deserve this?’ He is then told, ‘This is due to your child seeking forgiveness on your behalf.’

One should make a habit of remembering the deceased in du’a.

Hajj or ‘Umrah on behalf of the deceased

According to a narration in Sahih Muslim, Nabi (sallallahu ‘alayhi wasallam) advised a woman to perform Hajj on behalf of her decease mother.

One could even sponsor the nafl Hajj or ‘Umrah of someone else with the intention of isal thawab.

In fact, the Fuqaha have advised that one should dedicate the reward for all good deeds to all the believers. This will not reduce one’s reward in the least.

Rasulullah (sallallahu ‘alayhi wasallam) said to the Sahabi (radiyallahu ‘anhu) who enquired about isal thawab for his deceased father: ‘Had he been a Muslim and you had emancipated slaves on his behalf, or given sadaqah on his behalf, or performed the pilgrimage, that would have reached him.’

One may also feed the poor, support a needy student or donate kitabs etc. as a form of isal thawab.

Lets take inspiration from the above and make a habit of doing isal thawab for our family and friends.

Advice Deeds for the deceased Did you know? Isal Thawab Moulana Muhammad Abasoomar 2019-08-26
Ml Muhammad Abasoomar
Share
Previous Don’t ever give up your Iman, whatever the temptation! (audio)
Next Ensure to hasten in five things – audio