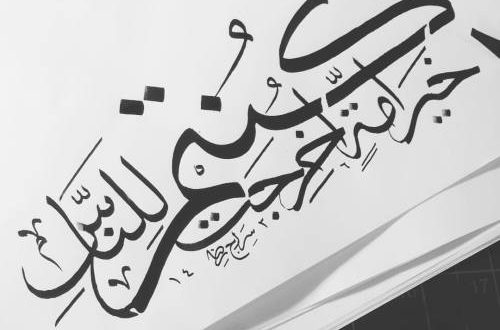 Feeling the pain of the Ummah

ALL POSTS, Blog Articles, From the Pen of Shaykh 'Awwamah, General

An essential part of the culture of Islam is for each individual to consider himself/herself as part of the same body.

‘The believers in their mutual mercy, love and compassion are like a single body, when one limb is in pain the rest of the body joins in insomnia, fever and restlessness’

‘The believers are like a building, they support and strengthen/support each other’

The current sad state of the Ummah both; physically as well as spiritually should trouble every reciter of the kalimah Laa ilaha illallah, Muhammadur Rasulullah.

My Honourable Teacher; Al-‘Allamatul Muhaddith, Shaykh Muhammad ‘Awwamah (hafizahullah) often discusses this, and laments on our appalling negligence of such an important aspect of what Shaykh labels as ‘part of the Islamic culture’ and ‘the character of Islam’. In other words, Shaykh (hafizahullah) means to say, every Muslim ought to feel the pain of the Ummah.

Shaykh (hafizahullah) recently quoted the following incidents in this regard, to illustrate the noble character of our predecessors.

Once someone visited him on a cold night and saw him shivering, whilst wearing only his lower wrap, despite having additional clothing in his possession which were hanging on a rack inside his room. When he was asked about this he replied: ‘There are many poor people [in the Ummah], and I am unable to provide them all with clothes. Therefore I am doing this so that I can sympathise with them by bearing the cold like they are.’

Once on one cold night, Imam Sa’id ibn ‘Uthman Al-Kalbi (rahimahullah) – a Maliki Hadith Scholar- cried the entire night. When he was asked about this he replied: ‘I thought of the [plight of the] poor people in the Ummah of Muhammad (sallallahu’alayhi wasallam) on a night like this, so I cried out of pity for them.

Note: When noting this incident in his copy of the mentioned reference, Shaykh (hafizahullah) labelled it as: ‘among the rare incidents on the brotherhood of Islam.’ (من غرائب الأخبار في أخوة الإسلام)

On one occasion, all the shops in the market burned down, besides the one with whom Sariy As-Saqaty (rahimahullah) had an investment. When the news reached him, he said: ‘Alhamdulillah’. [which is exactly what any Muslim would say, out of gratitude for his investment being protected by Allah. However, Sariy (rahimahullah) later realised that he was more concerned about hi own interest, instead of the rest of the Muslims who lost their livelihood due to the fire.]

For the next thirty years he rebuked himself over this!

He says: ‘I am reciting istighfar (seeking forgiveness) for the past thirty years for saying Alhamdulillah [on that occasion].’

The above are indeed unique forms of ‘feeling the pain’ of others, and sympathising with them.

There are several more such incidents about our recent seniors as well, Like that of Hazrat Shaykh Moulana Muhammad Zakariyya Al-Kandehlawi (rahimahullah), Hazrat Moulana In’amul Hasan saheb (rahimahullah), Shaykh ‘Abdul Fattah Abu Ghuddah (rahimahullah) and others, which I would like to share when time permits.

In fact My Honourable Teacher; Al-‘Allamatul Muhaddith, Shaykh Muhammad ‘Awwamah (hafizahullah) himself, is an example of this; as whenever he receives sad news of the suffering of the Ummah, one can easily notice the extreme effect it has on him. At times, Shaykh (hafizahullah) falls ill due to the effect of such news.

My Beloved Father (rahimahullah) would often mention that if we were truly concerned about the current sad state of the Ummah, we would not even be able to eat our meals. In the latter years of his life (rahimahullah), as the suffering of the Ummah increased throughout the globe, he would say: ‘How can we feast, or enjoy our meals when our own brothers and sisters are suffering so much?!’

My Honourable Teacher; Al-‘Allamatul Muhaddith, Shaykh Muhammad ‘Awwamah (hafizahullah), after citing the above incidents, quoted the following couplet to illustrate that the quality of feeling the pain of the Ummah is an essential trait for every Muslim. It is ‘part of the character (akhlaq) of Islam’ and that its absence is a warning sign of our decline:

The existence of every nation is by virtue of their morals.

When they lose their morals, they themselves will be destroyed.

May Allah Ta’ala inspire us all to sympathise with the less fortunate of the Ummah, in whichever form possible; be it through du’a, moral and financial support, or in the manner mentioned in the incidents above.