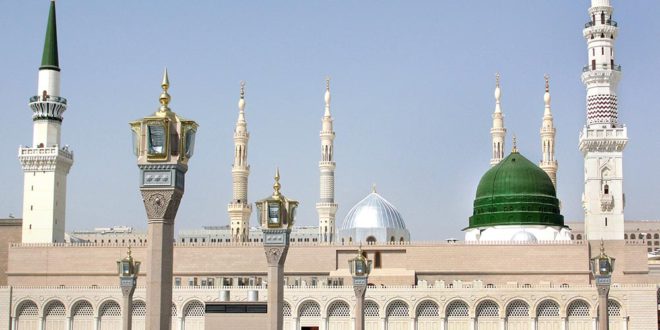 How often have we purchased items from vendors on the streets and sidewalks?  Some of us who do so, also have the habit of bargaining with these poor vendors.

The following Hadith is a source of guidance and inspiration on this topic:

1. When paying our dues, it’s good to give a little extra too.

2. Sayyiduna Jabir (radiyallahu ‘anhu) had lots of overheads which included the expenses of his seven sisters as well. This was a way in which Nabi (sallallahu ‘alayhi wasallam) offered his support to him.

3. Let us also revive this practice, especially when we are purchasing goods from poor vendors on the sidewalks.
[on condition they are not exploiting foreign tourists!]

Instead of bargaining with such people, who are in conditions of much need, we ought to be paying the full price.

In some instances we should pay extra with the intention of charity.

At least once in a while, pay the price, take the item and then return it without taking back the money either.

See the joy that this blessed Sunnah of Nabi (sallallahu ‘alayhi wasallam) brings to their faces. In fact, the doer too feels a sense of satisfaction in this.

It could also be a means of attracting them to Islam. The Sunnah of Rasulullah (sallallahu’alayhi wasallam) is always an attraction to Islam…

Let us give it a try this holiday season.