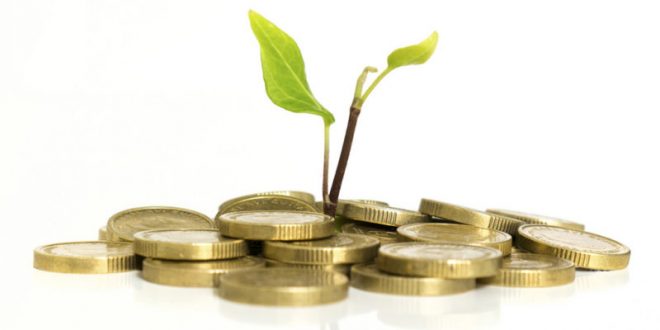 The much needed System of Waqf (Endowment)

Below is a recent post written by my friend and colleague; Mufti Abdullah Nana of California, USA.

The topic is extremely crucial for the long term preservation of ‘non-government backed’ Islamic Institutions.

With his permission, I have edited it and reproduced it below.

Please read through this carefully.

May Allah Ta’ala grant us all tawfiq to take an active part in such noble causes.

I recently experienced one of the most touching and inspirational acts of kindness and perpetual goodness which I have seen. An elderly Muslim couple owning a multi-million dollar home asked to meet with me to discuss an important matter. They have no children and their remaining heirs are financially well off. Their surviving heirs do not need the inheritance money that would come from this house. The couple wanted to set up a perpetual endowment (waqf) with the rental income from their house to come into effect when they both passed away. They wanted my recommendation for a worthy cause and for guidelines on how to draft a waqf deed/endowment document that would also be legally recognized in the US. After listening to my recommendations, the couple both decided that they wanted to establish a perpetual endowment for supporting scholars and promoting Islamic education, youth programs, and general educational programs for the community. May Allah reward them for their noble intention and use it a source of inspirational for all of us. (see end of article for another such inspiring incident)

We as the Muslim community in non Islamic countries need to move away from the short-term fundraising model used by Islamic organizations, Masjids, and Madrasahs and instead move towards a long-term waqf model. Allah has truly blessed the Muslim community with tremendous wealth and prosperity, the likes of which has never been seen previously in our countries. Yet, it is sad to see so many deserving and great Islamic organizations, schools and Madrasahs continuously running on deficits and not being able to effectively serve the community.

Sometimes scholars and employees are working for months without salaries. Organizations are forced to appoint full-time fundraisers as employees and dedicate significant resources just to fund raise enough to cover expenses for one month. Wealthy Muslims will only donate if they are ‘wined and dined’ (figuratively) at an expensive five star hotel and entertained by a ‘celebrity’ speaker. Unfortunately, the vast majority of Muslims donate in Ramadan alone, and organizations struggle to make these meager amounts last all year. Our situation is not sustainable in the long term and we will not be able to continue in this way much longer.

The long-term approach is to invest in our future by establishing the waqf/endowment model. In this way, deserving Islamic organizations will have a steady source of income coming in to fund their activities without having to dedicate the majority of their resources to fundraising. This will free up organizations to do what they do best and actually serve the community while thinking about the long-term instead of fundraising to cover the expenses for the month. During the golden age of Islam, the waqf system ensured that medical treatment in the legendary hospitals of Baghdad was for free and the world-renowned university education in Islamic Spain was also free. We founded and perfected the endowment model, and the endowment system in place in the world’s greatest universities today can be traced to our system.

It is time for Muslims in the West to literally put our money where our mouth is and prove our commitment to our future generations through action and not words alone. We talk about supporting Islamic scholarship, scholars, Masjids, etc. but how many of us are willing to invest in our future by making a long-term endowment to these organizations? It is a collective obligation for us to support and fund the Madrasahs and organizations which are providing an indispensable service to the community for which there is no price tag.

A Chinese proverb states, “The best time to plant a tree was twenty years ago. The second best time is now.”

The time is now to invest in our community’s future. It is not too late. We desperately need more prosperous Muslims to follow in the footsteps of the elderly couple I mentioned above and take inspiration from them.

Setting up a waqf endowment is one of the best ways to invest our money and to provide us returns in the afterlife which is the real life.

Imam Muslim (rahimahullah) has cited the following of Hadith of  Rasulullah (sallallahu ‘alayhi wasallam) together with the Hadiths that discuss perpetual endowment/waqf:

‘When a person passes away, all their good deeds come to an end except from three sources:

1. Perpetual charity
2. Knowledge from which benefit is derived
3. A pious child who prays on their parent’s behalf.’

(End of the edited version of Mufti Abdullah’s post)

1. To initiate such a process, one merely needs the guidance of a qualified legal consultant and advice of a reliable ‘Alim/Mufti. Alhamdulillah in our country we have some ‘Ulama who are also legal consultants themselves…

2. One should ensure that the endowment is not handed to unscrupulous, or unauthentic organisations.

3. The designated beneficiaries of such endowments could be Masjids, Madrasahs, any Islamic organisation or even individuals, like Imams, muadhins, ‘Ulama, teachers or pious muslims.

Here in South Africa, one particular Imam whom I know personally, had led his congregation for close to thirty years and had reached a stage wherein the community decided they wanted a young Imam to attend to the ever increasing needs of the community.

The old Imam was amicably pensioned.

This Imam saheb, who is now well into his twilight years, had purchased a property nearby to the Masjid over the years. Much effort was made by his wife as well, whereby homemade items would be sold and after years of hard work, that property was paid off. Their initial intent was to acquire this for their retirement.

When the respected Imam saheb was approached about terminating his Imamat duties in the Masjid, He came up with this brilliant idea; He gave the property he owned as a waqf to the local Masjid with this condition that as long as he or his wife lived they be the rightful residents and beneficiaries of that home. Thereafter the proceeds of the rental etc will be exclusively for that Masjid.

They have no children.

Subhanallah! He served the Masjid throughout his life, and now will serve it even after his demise.

May Allah Ta’ala accept this great initiative and may Allah Ta’ala grant this Imam and his wife prosperity in the remaining years of their life in this world and eternal bliss in the Akhirah.

Further, this Imam is a foreigner who has no local relatives or family support.

This should serve as an inspiration to us all. This couple earned this property after much hard effort and sacrifice, and after doing so, they have effectively given it back to Allah for their perpetual rewards (sadaqah jariyah) in the Akhirah!

Many of us are much more well off than them. May Allah Ta’ala grant us the heart to do the same too, or even better. Amin.