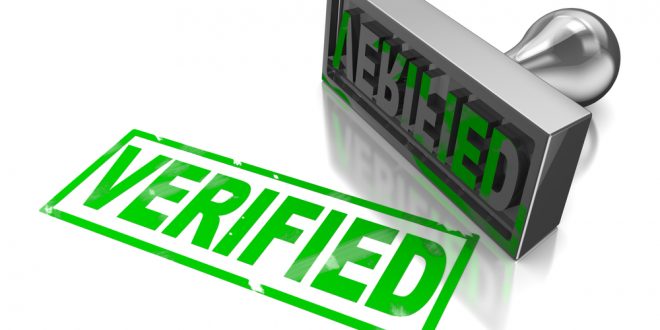 Verify before you amplify

Any discussion on the spreading of Hadith cannot be left void of the warning against passing on unauthentic narrations. This is due to the grave warnings about fabricated Hadiths.

There are approximately 200 Sahabah (radiyallahu ‘anhum) that have reported these warnings.

The Message of Imam Bukhari (rahimahullah)

By first encouraging the reader to convey the message and following it up with the caution against fabrications, Imam Bukhari (rahimahullah) has passed a subtle message to those involved in spreading Hadith, that such people be cautious and avoid quoting unauthentic narrations.

Any piece of information will always need to pass a specific criteria which would exonerate it from being a fabrication or a mistake, as these are the only two reasons for rejection. The illustrious Muhaddhithun (Hadith Scholars) have a strict set of conditions for authenticating the Hadith of Rasulullah (sallallahu ‘alayhi wasallam)

This system of verification was triggered as a response to attacks of deviant sects and their followers. Imam Ibn Sireen (rahimahullah) says:

“They (Sahabah and Tabi’un) never had the habit of questioning one’s source until the fitnah (innovation) appeared. They would then ask for a source and only accept the narratives from the ahlus sunnah.”

(Recorded by Imam Muslim in the Introduction to his Sahih, pg. 11)

The Evil Motives of the Fabricators

Fabricators had several other motives for making up Hadith. The following are some of them:

Therefore there exists -till this day- numerous statements that were motivated by the above factors, and are falsely attributed to Nabi (sallallahu ‘alayhi wasallam).

When we share an email, tweet or WhatsApp message etc. that contains a Hadith without verifying its authenticity, we could be aiding the cause of one of the above deviants!

In some cases the enemies of Islam forged “Hadiths” to confuse the masses by mocking at Islam and defaming its image. Do we really wish to be a part of this?!

Shaykh ‘Abdul Fattah Abu Ghuddah (rahimahullah) has cited examples of narrations that make a mockery of Islam, among them are the following:

‘The rooster is my friend’!

‘Lentils have been blessed on the tongues of 70 000 Ambiya’!

‘If any of you spares a good thought for a stone even, it will benefit him’!

..Many of these narrations pave the way for the enemies of Islam to ridicule our Din as well as Rasulullah (sallallahu ’alayhi wasallam).’

‘Quoting from unauthentic sources is a disservice to Islam.’

Unfortunately, in our era, people hardly ever bother to verify the information they receive or pass on. This has fatal consequences. We shouldn’t be so naive as to accept everything that is thrown at us, unless the sender is a reliable authority in the field that pertains to that piece of information. This caution is not restricted to religious information only.

We most definitely need to check the status of whatever we are reading, be that in a book, on a screen or on social media.

Social media has undoubtedly put a world of information literally at people’s fingertips. In addition to its benefits, mass-misinformation is just one of its many pitfalls.

Many of us are gullible, and believe whatever we read. Some of us merely see the sender, and suffice with that. As if to mean that the one who sent it is the original source!

The sender probably also thought the same when he received it.

The ‘Copy and Paste’ Trend

It is no secret that people ‘copy and paste’ all the time without quoting their original source. This is wrong in itself, as will be discussed under point number nine.

Just one evil outcome of the ‘copy and paste’ trend is that by the time it reaches the third or fourth recipient, the original source is forgotten, thus removing real credibility from that statement. That is if the source is really credible, but how would we know that? The message we are reading could just be some bogus drivel.

I would like to end this point with a Hadith recorded by Imam Muslim (rahimahullah) in the introduction to his Sahih, wherein Rasulullah (sallallahu ‘alayhi wasallam) said:

“It is sufficient to render a person a liar when he quotes everything he hears.”

The reason for this is that people generally hear all kinds of information; that which is true, as well as lies. Therefore, when all of what is heard is passed on, it will undoubtedly include lies as well.