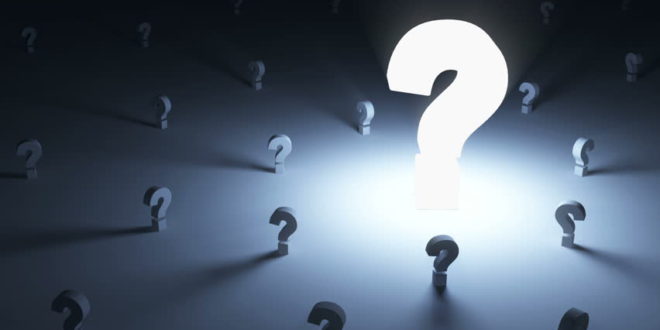 Some contemporaries, who degrade the Fiqh of the four Imams and their followers, actually do so because they view legitimate “difference of opinion” as evil. This is the reason for which they keep harping on the fact that we need to follow the Quran and Sunnah and not any of the Schools of Fiqh. This is an analysis of their claim.

My Honourable Teacher, Al-Muhaddith, Shaykh Muhammad ‘Awwamah (may Allah protect him) responds to this with the following:

“Firstly, this implies that the Imams of the four Madhahib (Schools of Fiqh) were not following the Quran and Sunnah !

Secondly, this can only be said in ignorance of the reality we are faced with; tell me in the name of Allah! Up to how many “schools” have they resulted in, after Muslims lived within the four schools for centuries? Where is the logic behind their claim?!

Lastly, I will explain further that following the Quran and Sunnah actually leads us to legitimate difference of opinion.”

Shaykh ‘Awwamah (may Allah protect him) has included the following incident in his glorious book “Atharul Hadith”.

“Sayyiduna ‘Urwah ibn Zubair – a Tabi’e- (rahimahullah) once objected to Sayyiduna ‘Abdullah ibn ‘Abbas (radiyallahu ‘anhuma): “You have been misleading the people!”

Ibn ‘Abbas (radiyallahu’anhuma) asked for the reason, to which ‘Urwah replied: “When a person dons his Ihram for Haj or ‘Umrah and after arriving in Makkah performs the tawaf only, you state that he is now free of his ihram. Whereas Sayyiduna ‘Abu Bakr and ‘Umar (radiyallahu’anhuma) actually opposed this view!”

Ibn ‘Abbas responded: “Are the two of them (Abu Bakr and ‘Umar radiyallahu’anhuma) preferred to you over what is in the Quran and Hadith of Rasulullah (sallallahu’alaihi wasallam)?”

‘Urwah replied: “Sayyiduna Abu Bakr and ‘Umar (radiyallahu’anhuma) had more knowledge/ understanding of the Quran and Sunnah than me and you put together!”

In a narration of Musnad Ahmad Sayyiduna Ibn ‘Abbas (radiyallahu’anhuma) responded to ‘Urwah’s objection by saying: “I am quoting a Hadith of Rasulullah (sallallahu’alaihi wasallam) to you, and quote Abu Bakr and ‘Umar?!”

“They followed Rasulullah (sallallahu’alaihi wasallam) more than you, and they knew more about him than you knew”

“We follow what we know, and hand over what we do not know to those who do know. We will even question our understanding in favour of theirs”

The reality of “Fiqhus Sunnah”

“And this is our response to those who ask us to abandon the Fiqh of Imams: Abu Hanifah, Malik, Shafi’e and Ahmad (rahimahumullah) and to rather take –what they label as- “Fiqhus-Sunnah” or “Fiqhul-Quran was-Sunnah”

We say to them:

“We are not prepared to accept you’ll as alternatives to those Imams, for they were undoubtedly more knowledgeable than you’ll regarding the sunnah. In fact there is no comparison between you’ll and them in knowledge.

It is actually our eagerness to follow the way of Rasulullah (sallallahu’alaihi wasallam) that leads us to follow what these great Imams had understood (and presented to the ummah) as the sunnah!”

The true meaning of Fiqh of Abu Hanifah etc.

Shaykh ‘Awwamah writes: “Therefore, when we say “Fiqh of Abu Hanifah, Fiqh of Shafi’e and so on, the actual meaning of this is: the understanding of Imam Abu Hanifah and Imam Shafi’e.

The question that arises is: Their understanding of what?

The reason for this is that “Fiqh” in fact means: understanding.”

“In light of the above, we can now realize a widespread grave mistake which nobody seems to pay attention to, or even rectify; when certain people label their “understanding” as “Fiqhus Sunnah” or Fiqhus Sunnah wal Kitab”

They even boldly venture to say: “People! Do you want “Fiqh of Muhammad sallallahu’alaihi wasallam” or “Fiqh of Abu Hanifah and Shafi’ie”?

One of them had the audacity to ask before leading the salah; “Should I perform the salah of Muhammad (sallallahu’alaihi wasallam) or the salah of Abu Hanifah”!!

They truly did know better

“Submit to the Imams and don’t argue with them, for if we were to follow every convincing debater, I fear we may end up refuting what Angel Jibrail brought from the skies”

“We follow what we know, and hand over what we do not know to those who do know. We will even question our understanding in favour of theirs”

These quotations are so glaring in the current conditions.

So the next time someone confronts us with arguments like the ones discussed above, we shouldn’t be moved. In fact, these last three quotations are sufficient in response!

May Allah Ta’ala keep us under the shadows of our Imams which ultimately lead us to the shadow of Rasulullah (sallallahu’alaihi wasallam). Amin.