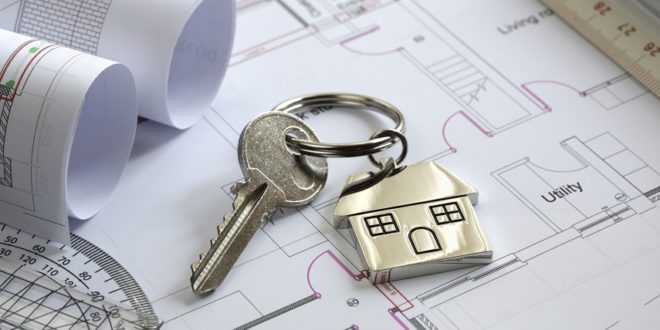 Ten deeds for protection and blessings in a home/business premises

At times we have the opportunity of purchasing a new home or business, we become eager to start it off on the right foot. We therefore resort to various forms of dhikr, recitation of Quran and du’a for barakah.

In the Hadith references at hand, I have not come across any specific deeds or du’as specifically for when moving into a new premises.

However, the following can be practiced upon based on the broader purport of the narrations cited below.

These may be done in any home/business/premises, be it new or old.

Deeds to remove demons and other bad effects

‘...Recite Surah Al Baqarah, for [reciting it and practising on it] is a blessing and abandoning it will be a cause of grief and regret, and those involved in witchcraft cannot confront it.’

‘…Indeed Shaytan flees from that home in which Surah Baqarah is recited.’

People generally like to have their homes secure from the effects of black magic, evil Jinn etc.

Therefore many have the habit of reciting Surah Baqarah in their new homes/businesses, as it keeps away the Jinn as well as black magic.

‘…If these two verses are recited for three nights in a home, no Shaytan shall come near it.’

Imam Tirmidhi (rahimahullah) has declared the Hadith sound (hasanun gharib). Some editions of Sunan Tirmidhi have the words ‘gharib‘ only.

Practising on this will insha Allah protect the new/or current premises from the Shaytan/evil Jinn.

The ten verses of Surah Baqarah

‘If these ten verses are recited in a home, no Shaytan shall enter it till the morning.’

See here for more about these ten verses.

Call out the Adhan

‘When the muadhin calls the adhan, Shaytan flees hurriedly away.’

The narrator of this Hadith; Abu Salih As-Samman (rahimahullah) states that when one hears [scary/eerie] sounds [and fears the presence of evil Jinns] one should call out the adhan, since it has the effect of chasing away the Shaytan.

Based on this, people have the habit of calling out the adhan in a new home before moving in, so as to chase away the evil Jinn therefrom.

Deeds for Barakah (blessings) in the home

In addition to the above, to acquire barakah in the home, one may practice any of the following, for their general good effect (without considering them as actual sunnahs).

As stated at the beginning, these deeds are for any home/premises, be it new or old.

Say the Salam when entering

O my son! Whenever you enter your house, say salam. This will be a source of Barakah- blessing- for you and your family.

Imam Tirmidhi (rahimahullah) has graded this Hadith as sound (hasan)

Read the entire collated version of this Hadith here

The Quran in general is a great source of blessing. Undoubtedly, one who seeks barakah (blessing) should indeed recite the Quran and keep it respectfully in the place wherein barakah is being sought.

‘Offer your [nafl/optional] Salah in your homes, for the best Salah -besides the Fard- is the one offered at home.’

‘Allamah Nawawi (rahimahullah) has explains three reasons for this:

2. It chases away the Shaytan/evil Jinn.

3. It is closer to sincerity.

Therefore those who make this a habit, will -insha Allah- notice increase in the blessings of that home.

In fact, Hafiz Ibn Hajar has explained that it is recommended to make salah the first thing done in any new property, as a means of being grateful to Allah’s bounty and to acquire Barakah.

Keep Dates and Vinegar in the home

‘A house which has dates will never suffer hunger.’

‘A house that has vinegar will never be destitute.’

Invite friends and family for a meal

It is recorded that the senior Tabi’i; Sayyiduna ‘Urwah ibn Zubayr (rahimahullah) had invited the people of Madinah to his new home that he built in ‘wadil ‘aqiq’. The narration states that those who attended made du’as for barakah as well.

Many Muslims have this habit too. This is so that the property can be blessed with their presence, du’as and the barakah of feeding people -which is extremely rewarding.

An elderly and very Respectable ‘Alim; Shaykh Muhammad Nimr Al-Khatib (rahimahullah) [who was at the age of 110 when I met him] mentioned that it was a common habit when he was growing up for people to keep the kitab of Imam Qadi ‘yadh (rahimahullah): Shifa in their homes, businesses etc for attaining barakah.

This kitab is one of the most comprehensive books that discuss the life and lifestyle of Rasulullah (sallallahu’alayhi wasallam). It has enjoyed universal acceptance throughout the centuries.

The Shaykh (rahimahullah) hailed from Palestine. He later resided in Madinah Munawwarah for many years till his demise. May Allah Ta’ala fill his grave with mercy and blessings. He had real love for students of Islamic knowledge. A love that I have rarely seen.

These ten deeds are some of which one may practice for protection as well as blessings in the home.

In addition to the above, every sunnah of our Beloved (sallallahu’alayhi wasallam) has immense barakah and protection in it. We should always endeavour to inculcate as much of the sunnah as possible in our live.