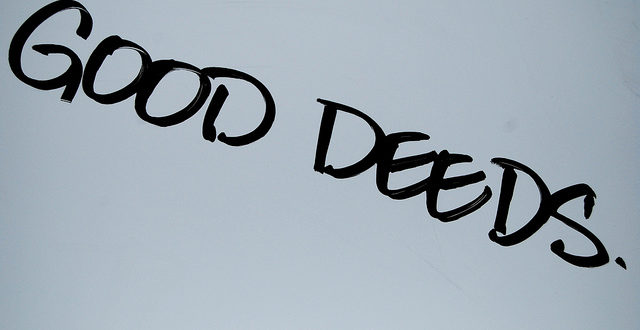 The Issue of Tawassul in Du’a

Tawassul and wasilah literally mean to make a request or supplicate through a means. It is permissible for one to request Allah Ta’ala to accept his du’a through the medium of some deeds or the rank of certain individuals as this may be closer to acceptance.

There are various forms of tawassul/wasilah:

1. To make tawassul to Almighty Allah that He accepts one’s du’a due to one having performed a certain good deed. This is permissible and unanimously accepted. It is supported by the Hadith of Sahih Bukhari in which three people were trapped in a cave. Each of them made du’a to Allah Ta’ala to move the obstructing rock and they requested Allah Ta’ala to accept their du’as because of some good deed that each of them had done.

2. To make tawassul with the names and attributes of Almighty Allah: This is also permissible and is supported by the following verse, ‘And Allah has beautiful names, so call unto Him through them.’ (Surah A’araf v.180). Example: If someone says, ‘Oh Allah, I ask you through your attributes and beautiful names to grant my specific wish.’

3. To make tawassul to Allah Ta’ala through the rank and position of certain individuals, alive or deceased, in the sight of Almighty Allah This includes the Prophets (‘alaihimus salam), the martyrs and any other pious servant of Allah. For example: If one says, ‘Oh Allah, I beseech you to accept my du’a due to the status of Rasulullah (sallallahu ‘alayhi wasallam) in Your eyes.’ This form of tawassul is also permissible according to the vast majority of the ‘Ulama (scholars) and it has in fact remained part of their practice.

4. Some scholars even mention a fourth type of tawassul, where a person requests some living pious servant of Allah to make du’a for him: This is also unanimously accepted.

The only type of tawassul that is disputed by some people, is the third one, where one makes tawassul through individuals that are alive or deceased by saying, ‘O Allah, I beseech you to accept my du’a due to the status that Rasulullah sallallahu ‘alayhi wasallam (or some other pious person) holds in Your eyes.’ The first opposition against this form of tawassul only surfaced during the 7th century of Islam. (Shifa al Siqam)

Hafiz Sakhawi (rahimahbullah) writes in his acclaimed book: Qawlul Badee’: “Whoever pleads to Allah Ta’ala via the rank of Nabi (sallallahu ‘alayhi wasallam) and uses  his salutations upon Rasulullah (sallallahu ’alayhi wasallam) as his wasilah (intermediary) is definitely granted his wish. Several Scholars have written dedicated books on this topic…”

There are numerous proofs that support the permissibility of tawassul through individuals. The following are some of these substantiations:

Imams Tirmidhi, Ibn Khuzaymah and Hakim have classified this Hadith as authentic. The words, ‘I turn to you through your prophet’ clearly prove tawassul through the position of a person. Rasulullah also told him that he should make the same supplication whenever he needed to. (Raddul Muhkamul Matin pg.145)

2. Sayyiduna ‘Uthman Ibn Hunayf (radiyallahu ‘anhu) taught this du’a to someone after the demise of Rasulullah (sallallahu ‘alayhi wasallam). That person’s need was also fulfilled.

The person then went to Sayyiduna ‘Uthman ibn Affan radiyallahu ‘anhu who then immediately fulfilled his need and told him to return whenever he had any need in the future.
(Mu’jamus Sagheer vol.1 pg.184; Mu’jamul Kabir vol.9 pg.17; Dala’il Al-Nubuwwa of Imam Bayhaqi vol.6 pg.167-168)

In this narration the words:‘Bi haqqi nabiyyika’ (through the right of your prophet) comprehensively establish Tawassul.

This narration is classified as authentic according to the standards of Imam Ibn Hibban and Hakim. (Raf’ Al-Manarah pg.147; Maqalat Al-Kawthari). Hafiz Ibn Hajar Al-Haytami (rahimahullah) states that its chain of narrators is good. (Refer to his footnotes on Al-Manasik of Imam Nawawi (rahimahullah) pg.500)

4. It is reported in the Hadith that when a person leaves his home for the Masjid, the following du’a is should be recited, ‘Allahummah inni as aluka bi haqqis sa ilina alayka, wa bi haqqi mamshaya haza…’ (Translation: Oh Allah, I ask you through the right of those who ask you and through the right of the act of my walking…)
In this narration, tawassul through people is established with the words: ‘…through the right of those who asks” and tawassul through one’s deeds is supported by the second part.
This Hadith is recorded in Sunan Ibn Majah, Musnad Ahmad (vol.3 pg.21), Musannaf Ibn Abi Shayba and others.

The following two proofs illustrate to us the practice of the Sahabah (radiyallahu ‘anhum) as well.

Hafiz Ibn Kathir (rahimahullah) has stated that the chain of narrators is ‘good and strong’ (Musnad al-Faruq vol.1 pg.223). Hafiz Ibn Hajar has also indicated to its authenticity in Fath al-Bari.

6. Abul-Jawzaa – Aws ibn ‘Abdullah (radiyallahu ‘anhu) reports that once, the people of Madinah were experiencing a severe drought. They complained to Sayyidatuna ‘Aaishah (radiyallahu ‘anha). She advised them that they should make a hole in the tomb of the roof of Rasulullah (sallallahu ‘alayhi wasallam) so that the grave is exposed to the skies. He says, ‘When they made a hole, heavy rains came down which then caused the crops also to grow.’
(Sunan Darimi vol.1 pg.56)

7. Imam Hakim and others have narrated on the authority of Sayyiduna ‘Umar ibn al-Khattab (radiyallahu ‘anhu) that Rasulullah (sallallahu ‘alayhi wasallam) said, ‘When Adam (‘alaihis salam) ate from the forbidden tree, he said, ‘O My Lord, I ask you through the right of Muhammad that you forgive me.’ The words used were, ‘Bi haqqi Muhammad’ Allah Ta’ala accepted Adam’s (‘alaihis salam) repentance.
(Al-Mustadrak vol.2 pg.615; Dala’il Al-Nubuwwah of Imam al-Bayhaqi vol.5 pg.489; al-Mu’jam al-Saghir of Imam al-Tabrani vol.2 pg.82)

The status of this narration has been extensively disputed by the various Muhaddithin. Some have accepted it to be authentic and others rejected it. However, there is another narration that supports this narration recorded by Imam Abul-Hasan ibn Bishran (rahimahullah) on the authority of Sayyidatuna Maysarah (radiyallahu ‘anha). The chain of narrators for this Hadith is totally different from the previous one. And in fact, Hafiz Ibn Hajar (rahimahullah) has stated concerning a different version of this narration which has the very same chain of narrators, that this chain of narrators is strong. (al-Radd al-Muhkam al-Matin pgs.138-139; al-Ahadeeth Al-Muntaqah pg.14, both of Shaykh ‘Abdullah Siddiqui al-Ghumari). These narrations have all proven beyond a shadow of doubt that this form of tawassul is permissible and was widely practiced as well.

Hereunder follows a list of some of the many illustrious ‘Ulama of the past who had practiced upon tawassul through the rank of the pious, deceased or alive:

1. Imam Hasan ibn Ibrahim al-Hallal (rahimahullah) has stated that whenever he had any urgent need, he would go to the grave of Imam Musa ibn Ja’far (rahimahullah) and make tawassul through him. Allah Ta’ala would fulfill his need. (Refer Tarikh Baghdad)

4. Hafiz Al-Zarkashi (rahimahullah) has made tawassul in the introduction to his commentary to Sahih Bukhari entitled, ‘al-Tanqih’.

6. Allamah Nawawi (rahimahullah) has mentioned that from among the etiquettes of visiting the grave of Rasulullah one should make tawassul through Rasulullah (sallallahu ‘alayhi wasallam) to Allah Ta’ala so that he accepts his du’as. Thereafter, Allamah Nawawi states, ‘…and one of the best things that one could do is what has been related by Allamah al-Mawardi (rahimahullah), al-Qadi Abu Tib (rahimahullah) and all our ‘Ulama and they have all regarded it as commendable, and that is the incident of Imam al-‘Utbi (rahimahullah) that he said, ‘I was once seated by the grave side of Rasulullah (sallallahu ‘alayhi wasallam), when a Bedouin came and said, ‘Peace be upon you, oh, Messenger of Allah. O Messenger of Allah, I have heard Almighty Allah say in the Qur’an “And if they, when they had been unjust to themselves, had come to you (Muhammad) and begged Allah’s forgiveness and the messenger had begged forgiveness for them, indeed they would have found Allah All-Forgiving. Most Merciful. (Surah Nisa:64) hence, I have come to you in a state that I seek forgiveness of my sins by seeking your intercession by my Lord’, thereafter he recited a few couplets and departed. Imam al-Utabi (rahimahullah) states, ‘I then fell asleep and I saw Rasulullah (sallallahu ‘alayhi wasallam) instructing me by the words, ‘O ‘Utbi, go to that Bedouin and give him the glad tidings that Almighty Allah has forgiven him.’
(Refer al-Majmu’ vol.8 pg.456 and Manasik Imam Nawawi pg.498-499 Maktabah Salafiyyah). This incident has been related by many ‘Ulama in their respective compilations. Some of them are: Hafiz Ibn Kathir in his Tafsir, Allamah Abu Muhammad ibn Qudamah in Al-Mughni vol.3 pg.556, Imam Abul Faraj in Sharhul Kabir, vol.3 pg.495, etc.

9. Allamah Muhammad Ibnul Jazri (rahimahullah) the famous muhaddith and master of qira’at has mentioned that from amongst the adab (etiquettes) of du’a is that one makes tawassul with the ambiya and the pious ones.(Al-Hisnul Hasin)

These are ten ‘Ulama of different fields (i.e. some are fuqaha, some muhaddithin and some are qurra’). All have either practiced on tawassul or at least permitted it. And the list could go on. (Refer to Maqalat al-Kawthari pg.378-397). After contemplating on all that was mentioned above, any person with sound intelligence would believe without a shadow of doubt in the permissibility of this form of tawassul.
More so when one realizes that this remained the practice of the ummah for centuries. Allama Taqiuddeen Al-Subki (rahimahullah) and other muhaddithin have stated that Hafiz Ibn-Taimiyyah (rahimahullah) – who passed away in the year 728 Hijri – was the first to refute the permissibility of this form of tawassul (Shifa Al-Siqam pg.293) In fact, Abu-Abdillah Al-Tilmisani Al-Maliki (rahimahullah) (a renown scholar of the 7th century) has written a book highlighting how this remained the practice of the entire ummah since its existence. (Refer Maqalat al-Kawthari pg.397)

Lastly, I would like to draw your attention to the fact that the above permissibility is in regard to one who asks Allah Ta’ala for a particular need and in doing so, he uses some honourable personality as his wasilah (means) without thinking or believing that the person is being supplicated to or that he will fulfil his need. Yes, if one asks directly from the deceased and he believes that the Ambiya and the pious (rahimahumullah) independently possess the power to provide, then this would be shirk (polytheism) as he is now ascribing partners to Allah in the quality of ‘Providing’.

Many contemporaries have mixed both these forms up;

a) asking directly from the deceased and,
b) asking Allah Alone, through the medium of some deceased) and have passed one ruling of Shirk for both forms.

This is clearly a gross oversight on their path.